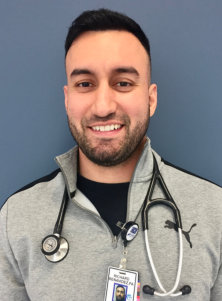 Richard Benavidez received his Master’s Degree in Physician Assistant Studies from Western University of Health Sciences. Before pursuing his career in medicine he served 7 years in the United States Army as a Military Police Officer/Airborne Paratrooper. During his service he was stationed at Fort Bragg, NC and Fort Leavenworth, Kansas. He also has three tours overseas in which he served 2 tours in Iraq and 1 in Afghanistan. On his free time he loves spending time with his daughter, going to the gym and playing sports.

Back to previous page  |  Back to top

Our Riverside clinic is located in the The Riverwalk Plaza which provides great access, excellent parking and many amenities in the vicinity.