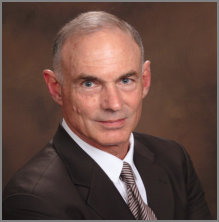 Dr. Alexander has been in practice for 30 years. He received his Bachelor of Science from the University of California, Irvine in 1976.  He completed internship and residency training in Internal Medicine from California Pacific Medical Center in San Francisco, and then completed fellowship training in Pulmonary/Critical Care at California Pacific.

He received his commission in 1994 and served at Naval Medical Center, Oakland as the Medical Director of the ICU.
He was selected for Undersea Medical Officer training in 1996, and then reported to Submarine Development Group 1 in Bangor, Washington. He earned his certification as Submarine Medical Officer and as a saturation diver and made two deployments with the diving detachment in USS Parche (SSN 683) including one mission that earned a Presidential Unit Citation. Personal awards include the Legion of Merit, the Meritorious Service Medal (two awards), and the Navy Commendation Medal (four awards).

Dr. Alexander is an Assistant Clinical Professor at the University of California Riverside, teaching and mentoring residents rotating at Riverside Community Hospital and at PPMG’s outpatient clinic.

Back to previous page  |  Back to top

Our Riverside clinic is located in the The Riverwalk Plaza which provides great access, excellent parking and many amenities in the vicinity.